Rhonda Revelle has seen a lot in her 29 years as head softball coach at Nebraska. But the past two spring seasons may have topped it all.

With the pandemic putting an abrupt end to the 2020 season just 23 games in, and the Big Ten playing a conference-only schedule in 2021, Revelle, entering her 30th season, is, to put it mildly, ready for the return to a full schedule in 2022.

“We have our fingers crossed we get to do that,” Revelle said. “It’s on the docket and on the agenda, and we’re definitely excited to play a schedule this year beyond our conference schedule.”

Though grateful to be playing last spring, Revelle said the conference-only format allotted by the Big Ten wasn’t helpful for strengthening the team’s RPI.

“Only playing each other was challenging in the RPI,” Revelle said. “This year we’re looking forward to go out and represent Nebraska and the Big Ten in the nonconference.”

The Huskers will open play Feb. 11 against Omaha in the UNI Dome Tournament in Cedar Falls, Iowa.

Nebraska will rely on a pair of veterans to anchor the pitching circle.

Senior Olivia Ferrell returns for her final season. The Elkhorn South grad started 21 games a year ago, while allowing opponents to hit just .258, while recording a team-leading 100 strikeouts.

Ferrell will share duties with fellow senior Courtney Wallace. The Papillion-La Vista product led the team in wins (11) and innings pitched (132) while recording a team-leading ERA of 2.86.

Revelle also mentioned the emergence of sophomore Kaylin Kinney (Cedar Rapids, Iowa), who tossed 36.2 innings a year ago, as another weapon available in the circle.

“We really have a veteran staff,” Revelle said. “They’ve really done some intentional work this offseason and are motivated to get us back to the NCAAs. They each know their role in the circle is a big key to that happening.”

Revelle also welcomes back a stable of returners in the infield.

Billie Andrews and Cam Ybarra provide stability and leadership up the middle.

Andrews, a sophomore from Gretna and one of only two freshmen to make the All-Big Ten First Team, and Ybarra, a senior from Mission Viejo, California, started all 44 games at shortstop and second base, respectively. A year of communication and working together will pay dividends this year, according to Revelle.

“I’m excited about our defense,” Revelle said. “Between Billie and Cam working together for a year … that really anchors our defense. And Brooke (Andrews, of Gretna) and Syd (Gray) will be a good race at third. Those two both were hitting well and when you do that you make a case to be in the lineup.”

Gray, a sophomore from Tucson, Arizona, suffered a season-ending injury in the series finale against Penn State a year ago. That allowed Andrews to move in at third base, getting the start in NU’s final 28 games.

Revelle is also high on Oregon transfer Mya Felder (Fresno, California). The junior will look to provide some added pop to the Huskers’ lineup, bringing a .326 average from her previous two seasons in the PAC-12.

Getting off to a quick start is something the team is focused on.

“We want to set the tone and start strong,” Revelle said. “And we want to do that in practice as well.”

While ultimately the goal is to return to the NCAA tournament, a feat NU hasn’t accomplished since 2016, Revelle said the focus will be on the daily process.

“I do believe that we have (an NCAA tourney) team,” Revelle said. “But we’ll spend our time on how to get better every day. We’ll keep our energy anchored to manageable items. They know for a long time the NCAA tournament was the standard, and they have a lot of pride as Huskers to do their part getting us back.” 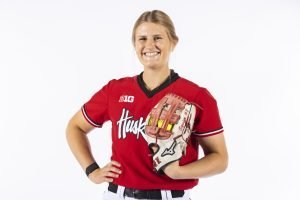